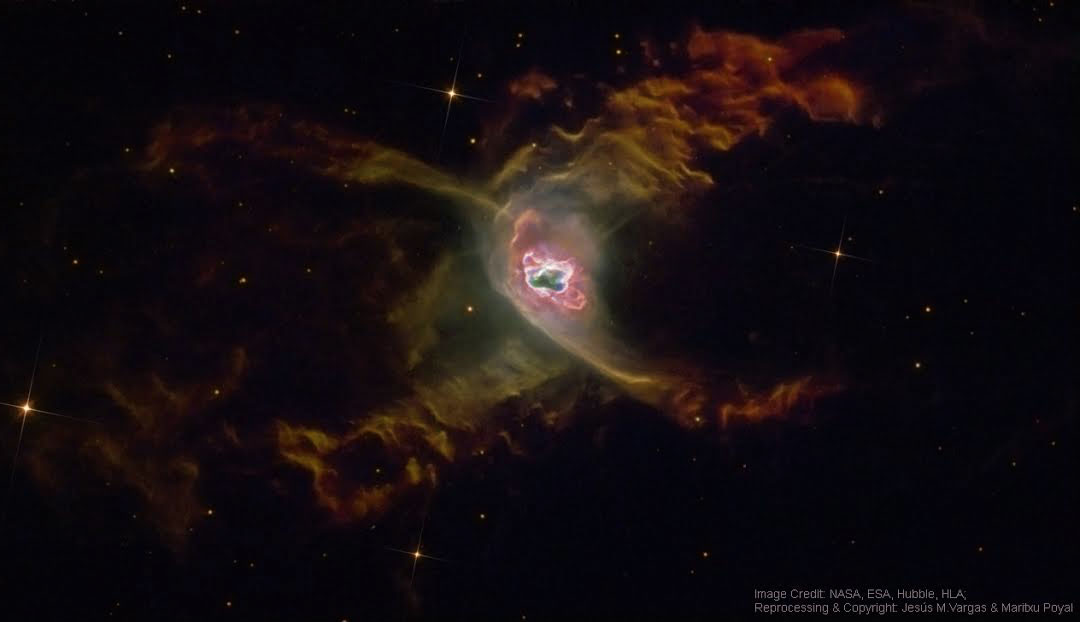 Oh what a tangled web a planetary nebula can weave. The Red Spider Planetary Nebula shows the complex structure that can result when a normal star ejects its outer gases and becomes a white dwarf star. Officially tagged NGC 6537, this two-lobed symmetric planetary nebula houses one of the hottest white dwarfs ever observed, probably as part of a binary star system. Internal winds emanating from the central stars, visible in the center, have been measured in excess of 1000 kilometers per second. These winds expand the nebula, flow along the nebula's walls, and cause waves of hot gas and dust to collide. Atoms caught in these colliding shocks radiate light shown in the above representative-color picture by the Hubble Space Telescope. The Red Spider Nebula lies toward the constellation of the Archer (Sagittarius). Its distance is not well known but has been estimated by some to be about 4,000 light-years. via NASA http://ift.tt/2op0P5F
Email ThisBlogThis!Share to TwitterShare to FacebookShare to Pinterest
Labels: NASA