A Full Sky Aurora Over Norway 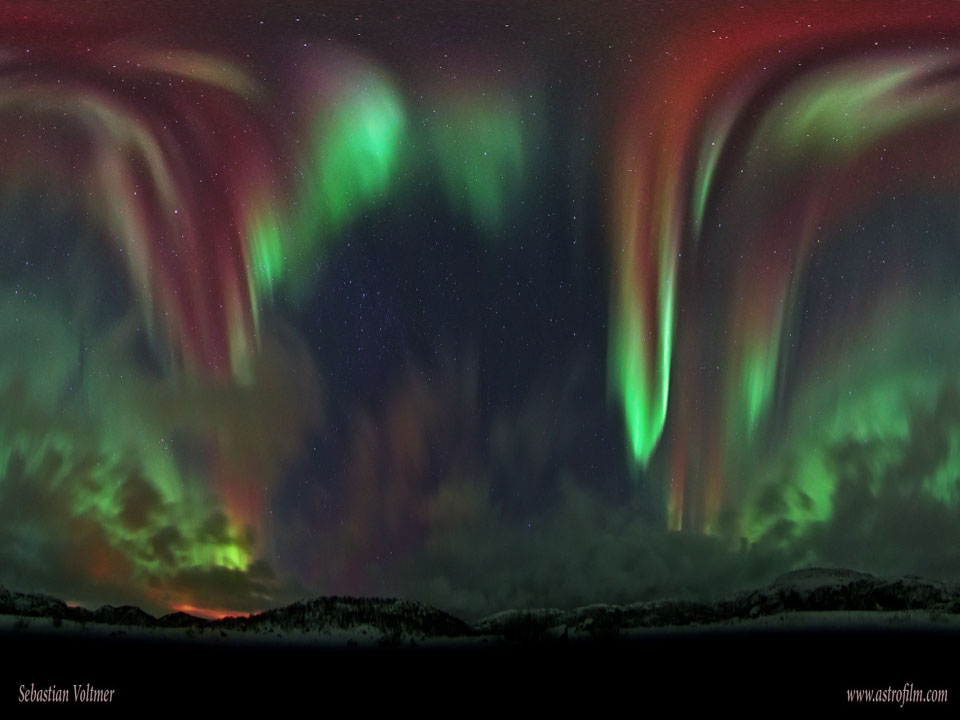 Higher than the highest building, higher than the highest mountain, higher than the highest airplane, lies the realm of the aurora. Auroras rarely reach below 60 kilometers, and can range up to 1000 kilometers. Aurora light results from energetic electrons and protons striking molecules in the Earth's atmosphere. Frequently, when viewed from space, a complete aurora will appear as a circle around one of the Earth's magnetic poles. The featured wide-angle image, horizontally compressed, captured an unexpected auroral display that stretched across the sky five years ago over eastern Norway. via NASA http://ift.tt/2hCYAIu
Email ThisBlogThis!Share to TwitterShare to FacebookShare to Pinterest
Labels: NASA